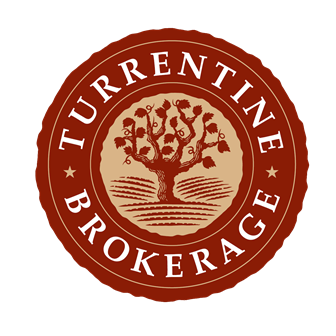 The crop at this point is looking a little bit better than a year ago for most varieties in the North Coast (there are a few exceptions).  Most growers have fewer clusters per vine, but the set is better this year (less shatter).  We are also seeing fewer shot berries in the clusters, from a year ago.  Most cluster weights are heavier than last year but not by much.  So the overall crop is looking fairly average.  For every story of a grower with a nice looking crop there is the neighbor with a below average looking crop, counter balancing each other.

Harvest is almost ready to start.  Sparkling houses might start picking by the last weekend in July in the North Coast, and should be in full swing by the first week of August. This puts the harvest very close to where we started a year ago and 2015 was probably the earliest harvest for most growers and wineries on record.

The crop is looking about the same as 2015, at best, for Chardonnay, Cabernet Sauvignon, Merlot, Zinfandel.  A lot of small bunches and small/loose bunches.   There are a few outlier vineyards that have strong expected yields, but those vineyards are the exception rather than the rule.

Harvest will begin for “bubbles, blush and rose,” the last week of July beginning of August, then expect to be in full swing.  Will the harvest be compressed with reds coming on early as whites are finishing up????

Grape trucks of Pinot Grigio have been rolling up the valley for a couple of weeks and Chardonnay is next up, as harvest has begun in the South San Joaquin Valley.  Of the blocks that have been harvested, it is a mixed bag from lighter than last year to heavier than last year, which equals production being flat.

After a disastrous 2015 harvest, the Pinot Noir and Chardonnay crop looks better than 2015, but that is not saying much.  Production will be nowhere near the 2014, 2013 harvest, as Growers (and Wineries) are “hoping” for average yields.

The Central Coast winegrape crop once again looks to be on the light side overall, but there is quite a bit of variability across all varieties.  Cluster weights are better than last year, but not by a landslide.

Paso Cabernet Sauvignon looks to be a below average crop, but thankfully it looks better than last year and it may surprise everyone with not being drastically light (less shatter and improved berry sizing).  We are just starting to see veraison really take off in Cabernet.  Stay tuned!

Chardonnay, too, looks to be below average in most of the cooler areas and average in the warmer spots.

Pinot Noir yields are hit and miss, clusters seem to be on the smaller side, the count is decent, and sizing is moderate in general.  That said, Pinot Noir is almost 100% through veraison and is coming on fast.

Harvest will be upon us before we know it; the start of sparkling harvest is 10-14 days out and early white varieties are likely to begin in the mid to latter half of August.

Inventory in the Central Coast is quite limited at this point.  Varieties that are still struggling in the market are Merlot and Zinfandel, although availability of both of these varieties are lower than we have seen them in several years.

The markets are dynamic and every client has a different need, so please call and talk to your Turrentine Broker to get an update on the dynamics that are most important to you.  With our broad base of understanding and experience in the market, Turrentine Brokerage will come up with creative ways to help you, even in challenging markets.